The Process of a Commission

Recently a high school friend contacted me after we hadn't spoke or seen each other in over 13 years. He and his wife were very interested in a painting for their house. Never having commissioned a painting especially for themselves, I thought it would make an engaging post on this process, and as a reference for others in the future.

Their original interest and inspiration for the considered piece was this small digital piece i did back in 2007 for the "taxonomy animalia" show at the limited addiction gallery(now dave b smith gallery). 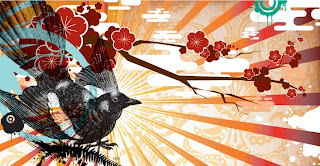 What followed was a lengthy approval process that required the finish painted to be done in a way I had never painted before. They wanted a 77" x 33" painted piece but done in the style of the digital painting. It was the background graphics and the transparency effect that they really admired. This posed a major technical challenge when it came time to render the bird which they had expressed to be a phoenix instead. We started with some digital comps and searching for the perfect bird reference.

Several bird/phoenix references they had found and i had found:

We ended up choosing the black version for now and began tweaking the background:

At this point the clients were satisfied how the comp was feeling and i began stretching, building and prepping the painting: 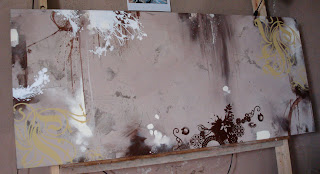 I would occasionally update them with process photos as i went along in the work: 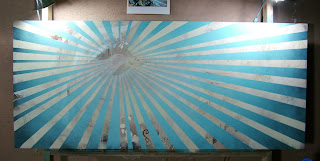 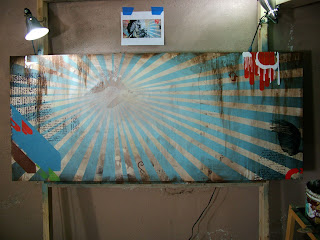 At this point I felt the background was rich and compelling and needed no further work. This was a crucial commitment since the nature of this process allowed no further "back rendering" because of the phoenix transparency effect. Once I began the phoenix there would be no command Z. 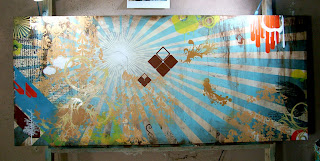 A month had past at this point and i was never thrilled about the original phoenix reference. I found that Osprey's were a solid reference that portrayed a bird with a robust presence and anatomy:

I tried to sketch out my own version of that bird but it never really moved me, instead, I found this dynamic eagle shot, and sketched a phoenix version of this eagle. This was the finally approval, and the clients like me, were now very satisfied with the composition/position of the bird: 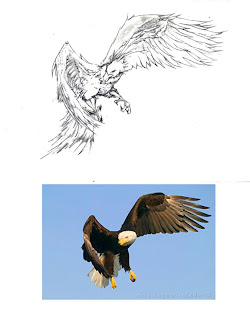 The only last three minor changes that were requested that the talons/legs be more relaxed, that the tail feathers be more narrow and longer, and the the frill on top of the head be moved forward a bit. I then proceeded to render most of this phoenix with a very small #1 round brush and a couple of other old brushes i modified to create intense texture and form. 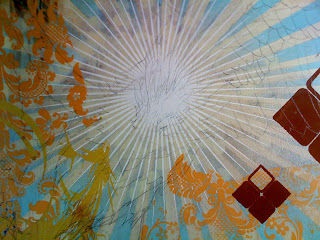 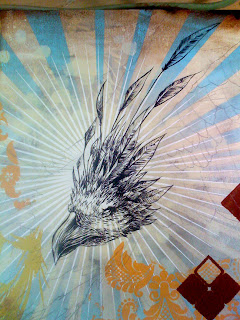 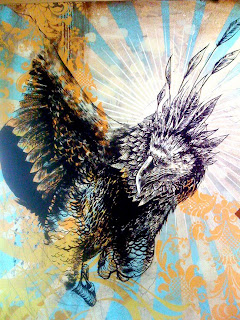 The finished piece, Thanks Scott & Laura for this opportunity and challenging me!!

love this walk through of your process for this commission.
it turned out beautifully.

Hey Blaine, long time fan of yours here. My name's Richie Lee and I think I first came across your work in aissue of juxtapoz wayyy back. Amazing work dude, always astonishes me the way you create your pieces, keep up the good work!

inspiring to see the process. Thanks for this!

So great to see the process. What an effort getting the back and forth with the client down and still enjoy the painting. Fantastic!

been watching your work for several years now. Thanks for the breakdown process. Absolutely beautiful! keep it up! :) 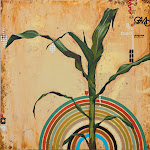